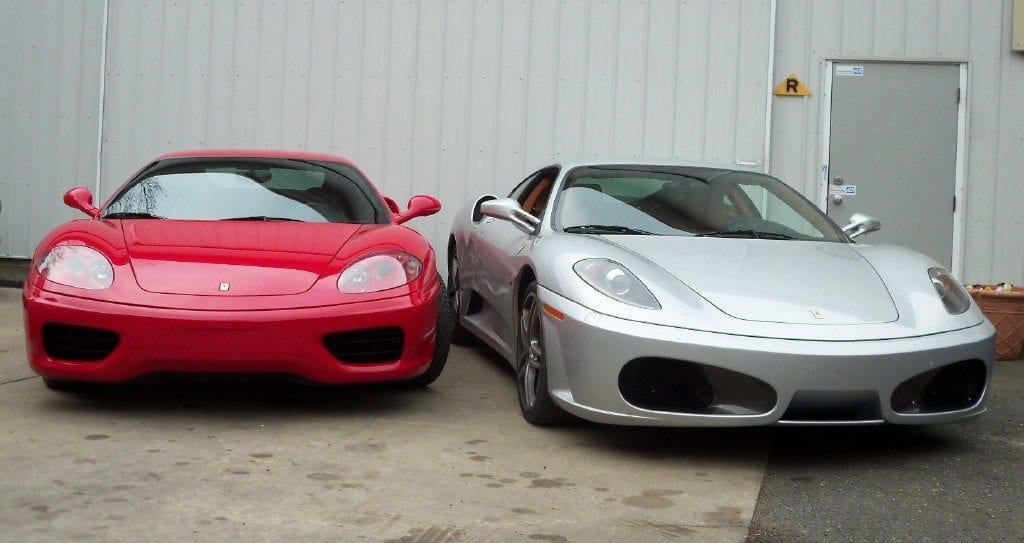 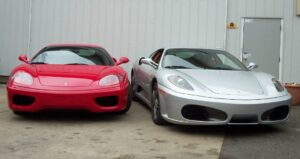 The Silver Ferrari 430 in the photo was here to have a fire extinguisher installed. It’s a 5 pound, chrome plated Halotron (Halon) unit. Our client didn’t want any new holes drilled in the car so we made a custom aluminum bracket that would attach to existing machine screws for the console. The bracket had to be wide to spread the load and prevent it and the extinguisher from possibly flopping around with only two machine screws holding it in place. We angled the ends of the aluminum bracket to match the console and gave it a bead blasted matte finish to blend in with the other aluminum components in the foot wells. We have similarly installed fire extinguishers in Aston Martin, Jaguar and Lamborghini.

The red Ferrari 360 in the photo had a bunch of small dents which we totally eliminated with PDR (paint-less dent removal). It also had some scratches and poorly done old paint touch-ups that we fixed (disappeared). “Minor damage” like that is heart-breaking when it happens but the fact that it is minor makes it difficult to photograph properly. 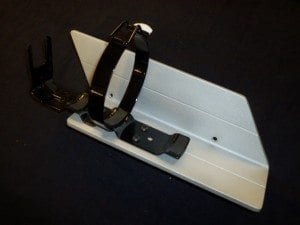