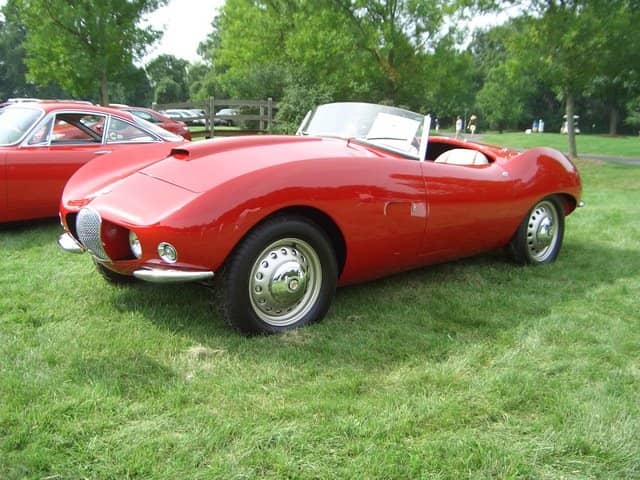 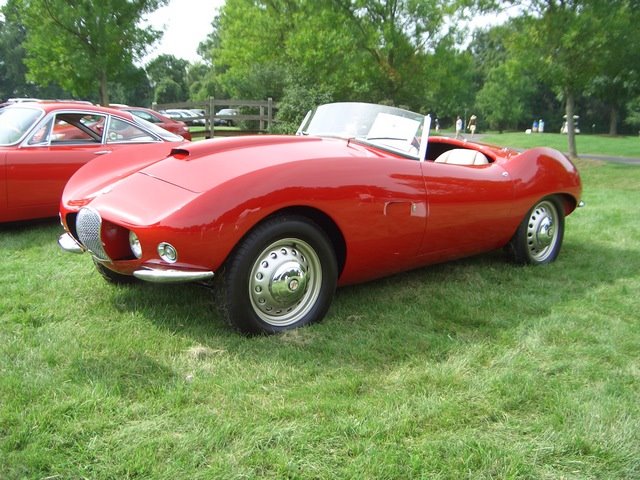 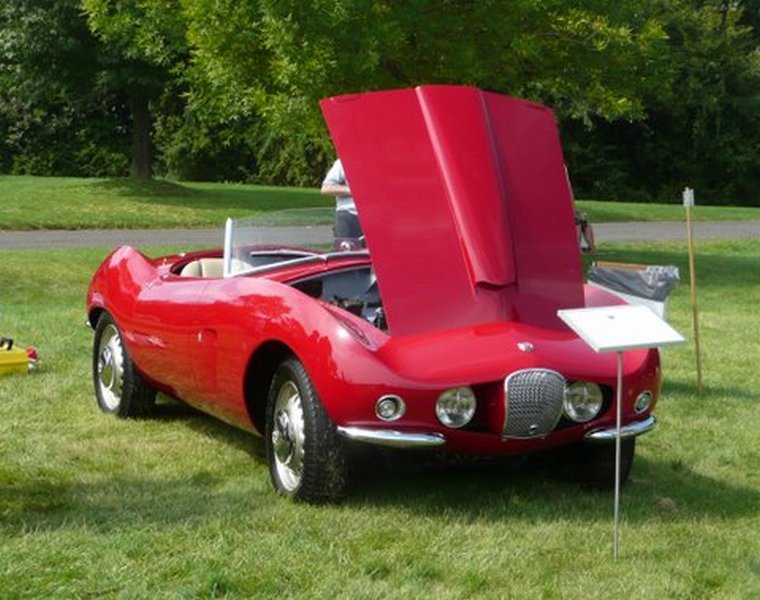 Here’s a few photos of a customer’s award winning 1954 Arnolt Bristol last weekend at the Buckingham Auto Show Concours d’Elegance. Here is a blurb about the Arnolt Bristol from Sports Car Market Magazine:

“The Arnolt Bristol was the obsession of engineer, industrialist, importer, and sports car enthusiast Stanley “Wacky” Arnolt. He made his fortune building marine engines during World War II, and, seeing a market for sports cars in America during the early 1950s, cut a deal with Bristol to use an updated version of its 400 chassis, designated the 404, to build a sports car. Bertone supplied the bodies, and the Arnolt Bristol went into production in 1954. The racing version, called the “Bolide,” did not come with a top, carpeting or adjustable seats, and windshield wipers were optional. “DeLuxe” models had all of those features and a different dashboard design with the instruments in front of the driver. A coupe completed the model line-up, though just six were built before production ended in 1961. Only 142 Arnolt Bristols were constructed in total, 12 of which were destroyed in a Chicago warehouse fire. An estimated 75 cars survive to this day….”

Here is the background of the Buckingham Auto Show from their website. This mid-September annual show is worth a visit :

“ The Buckingham Auto Show is the brain child of Al Pincus and Ralph Tompkins, who became concerned with the loss of farm land and open space in Buckingham Township.
They presented their idea of an antique auto show and dinner annually to raise funds to purchase farmers development rights to the Board of Supervisors five years ago.
The show has been a huge success, manned totally by volunteers and the Fund has been recognized by both the State and Federal Governments and granted status as a Pennsylvania charity and a Federal 501(c) 3 tax free entity.“

Back to bare metal