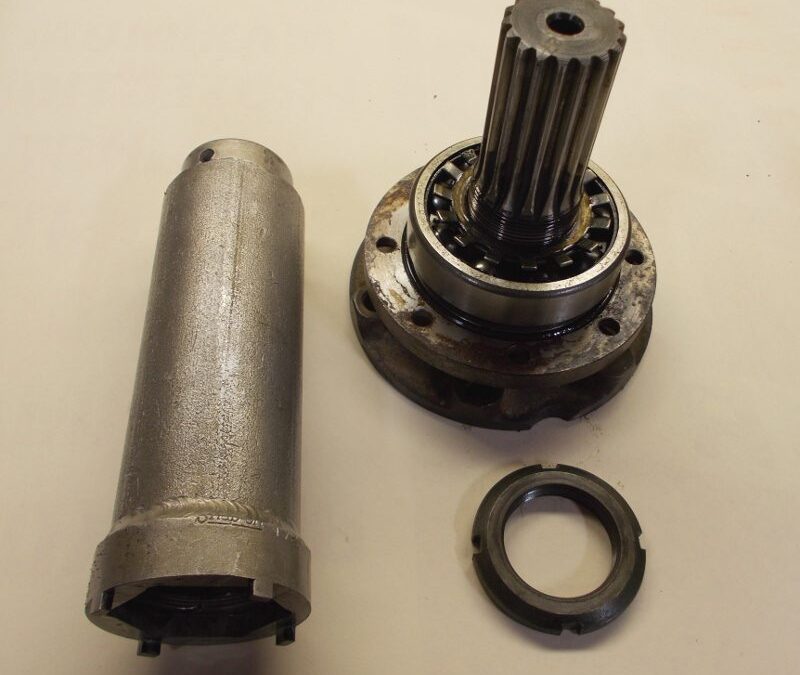 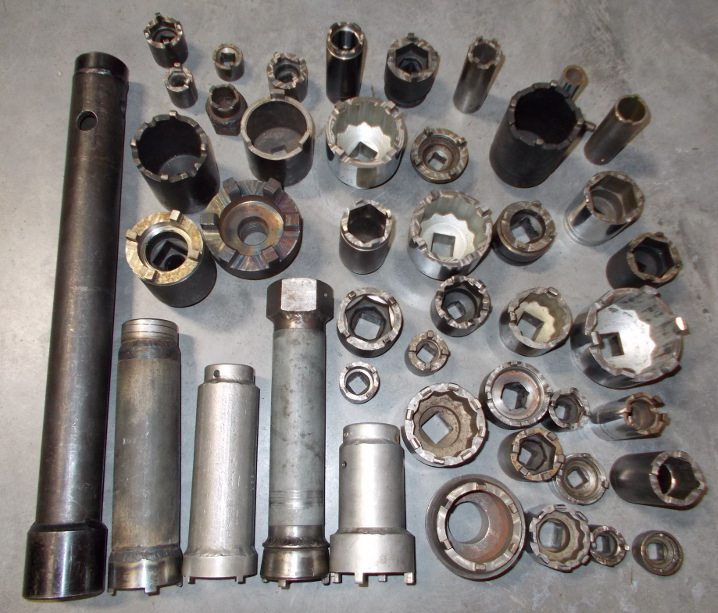 Older Ferrari Maserati and Lamborghini have some unique notched ring-nut fasteners (that some people would call “funny looking”) on shafts and bolts. In the industry they’re called Ring-Nuts or SKF-nuts. SKF is a world renowned Swedish manufacturer of ball-bearings. SKF, loosely translated, stands for Swedish Ball Fabrication. The uninitiated or ill equipped will tend to use a hammer and chisel to remove (and destroy) an SKF-nut. The proper way to remove and install them is with special SKF wrenches. Over the years we’ve been able to source and purchase a few SKF-type wrenches but the majority we’ve had to make ourselves in our machine shop (see photo of grouped tools) due to the tools not being available.

This photo shows an SKF nut just after removing it with one of our special wrenches from an early Lamborghini differential out-put shaft assembly so we can replace the leaking oil seal.

Other ring nuts found on older Italian cars require special pin spanners, which we also have a collection of.