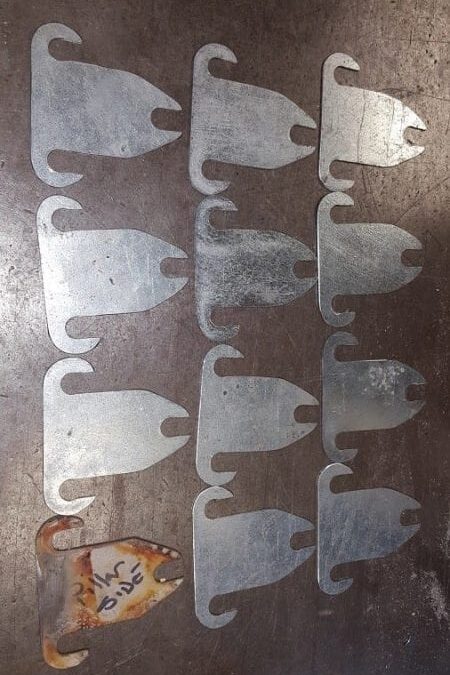 We’re working on a 1963 Roll Royce Silver Cloud ironing out some niggling issues. One issue was doors that were difficult to open and close. This was due to sagging and, surprisingly, not due to worn hinges. We made copies of an existing hinge shim after determining new shims were hard to find. After shimming the doors to line up with the body, and cleaning and lubricating the latches, they closed much nicer.

The second issue with the doors was the locks. They were difficult to turn with the key and the action was strangely vague. The lock cylinder levers have a round pin on their ends which engage a lever attached to the latch to lock it. The opening in the lever was quite large when compared to the pin it engaged with and the pins were worn. We made two sleeves on the lathe to increase the thickness of the pins and compensate for wear. The sleeves were installed on the lock lever pins, TIG welded in place and the locks were installed in the car. The doors now lock and unlock like a brand new car. 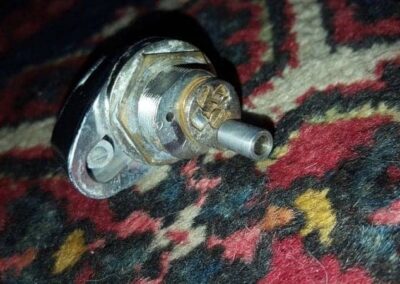 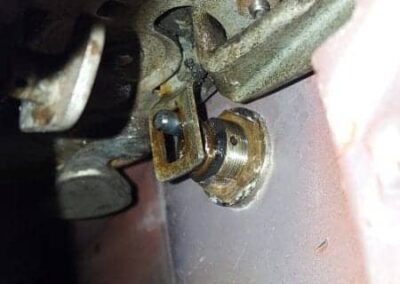 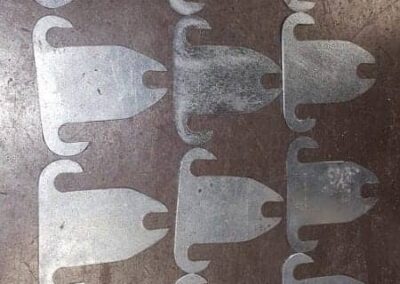 shop photos – in the shop today